Starting today, you can watch The Return of the Evil Dead! Exclusively at http://www.FullMoonStreaming.com

In this second startling film in the BLIND DEAD series, writer/director Amando de Ossorio returns to the horrific origin of the depraved Templar: heretic knights whose eyes were burned out by medieval vigilantes to prevent them from finding their way back from Hell. Now on the 500th anniversary of their execution, the blind horsemen rise from their tombs to wreak bloody revenge on the town that condemned them. Tony http://premier-pharmacy.com/product-category/blood-pressure Kendall (WHEN THE SCREAMING STOPS), Frank Brana (PIECES) and DELIRIUM #2 cover story subject Lone Fleming (TOMBS OF THE BLIND DEAD) star in this chilling sequel that rocked the EuroHorror genre!

This Definitive Edition of RETURN OF THE EVIL DEAD is fully restored from original vault materials and remastered in heart-stopping High Definition.

And to read all about Lone Fleming’s adventures in the world of the BLIND DEAD pick up DELIRIUM #2, which features our exclusive interview with the Spanish horror queen! 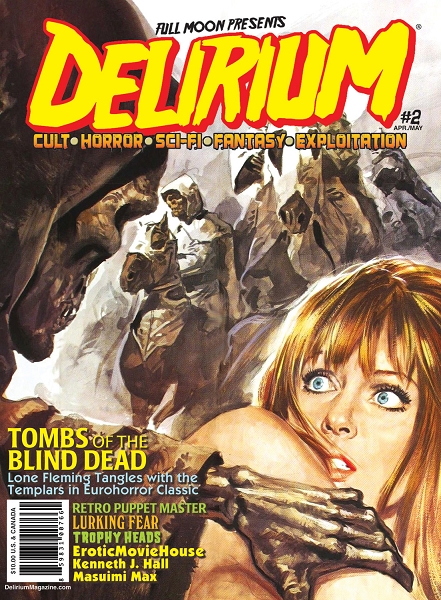